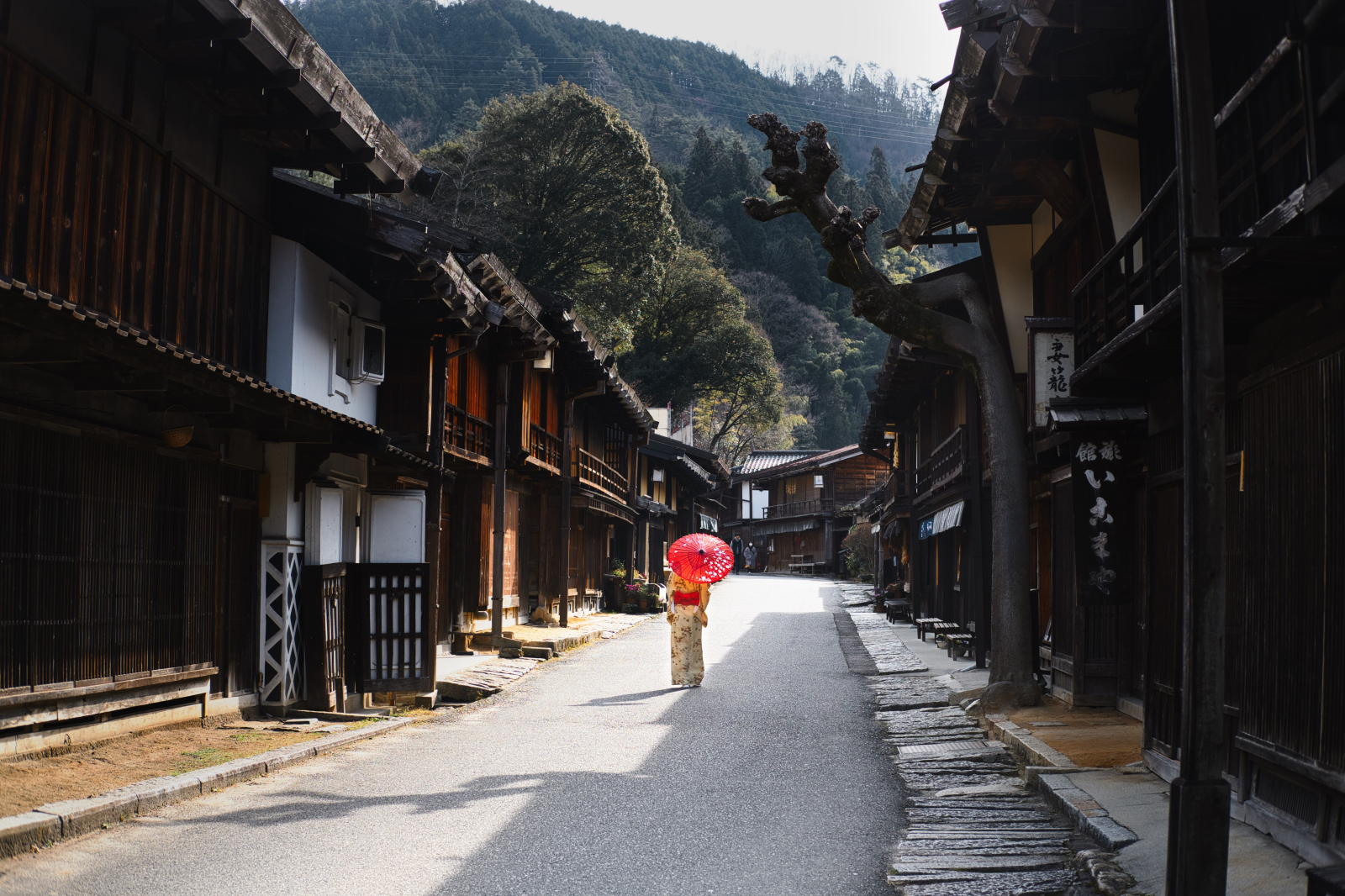 Liminal Chronicles    Explore the World    Locations      Nonogawa
A small town in Nonoku (Nono District) north of Okayama City in Okayama Prefecture, nestled in the top third of the Nonogawa River Valley. The community is very close knit - with the benefit of everyone helping each other, but the disadvantage of a lack of privacy.   It's on the Tsuyama Line between Okayama City and Tsuyama, so there should always be reliable train service as long as they can demonstrate a need to keep the station open.
Festivals
Rice Harvest Festival to Inari (last weekend of October), Obon Festival (mid July1), Cherry Blossom Festival (First weekend in April)

Economy
slowing, but not as fast as neighboring towns

Local Lore
Shion was reported to live near the banks of the town. But there hasn't been a sighting in over a hundred years. Some blame the downturn in production and shrinking of the town on his disappearance.

Like most small towns in Japan, Nonogawa's population continues to shrink as the better paying jobs in the big cities entice the youth.   Most residents are of Japanese descent and are from families that were born and raised in Nonogawa for generations. Though some have come back from the big cities, wanting to get back to the slower life style.

1% Korean descent - intermarrying into the local population
1 Chinese foreign exchange high school student (first ever)
Occasional tourists visit for farm stays, relax at the town's ryokan, or pass through on their way to Okayama or Tsuyama. The town council is working on a campaign to promote the village as a great place to live and raise kids and to visit for hiking, fishing, hunting, and honeymoons.   The local potter, who specializes in Raku ware just advertised for an apprentice. Rumor has it that he received applications from around the world. So time will tell who else comes to the town.

Nonogawa River, national forest land
**(Fictional town)
1 - Obon is usually celebrated mid August in most of the country. But in some areas it's celebrated in July. This discrepancy is due to the old Japanese calendar being lunar based. While it's traditionally celebrated in the 7th month, the lunar calendar 7th month matches better with August.
Nonogawa
Open full size
The small town of Nonogawa in Okayama Prefecture.
How do you say this location?
Alternative Name(s)
野々川, Wild River
Type
Town
Population
1289
Inhabitant Demonym
Nonogawan
Location under
Nonogawa River Valley
Included Locations
Related Tradition (Primary)
Characters in Location

A small, quiet shrine to Inari outside of Nonogawa on a twisting road. No one seems to visit, but it's always kept clean.

The restored out building where Satou and Umeji blow of steam.

Every Friday night at Hotaru Park. Get your takoyaki before it's gone!

Hands down, the best drink establishment in Okayama Prefecture.

The only clinic of its kind in the Nonogawa River Valley

They make the best peach sake in Western Japan

The sole Buddhist temple in Nonogawa