Tell us about an organisation in your world, and how they rose to ULTIMATE POWER!

It's not only cream that rises to the surface - it's amazing what other scum floats to the top...

For this month’s Master’s Monthly Challenge, we want you to write an article about how an organisation in your world rose to power and, if applicable, how it fell.

What kind of organisation can I use?

The organisation can be a Duchy, Kingdom, Empire, Guild, Military Order, Secret Society, University, Federation, Mega-Corporation or other, but it must wield significant power within your world.
Real world examples might include: the Duchy of Burgundy, the Knights of St Lazarus, the Post Office, a Crime Syndicate, The United States of America, the Mason’s Guild, the Borgia Family, the Ottoman Empire or the European Union.

Fictional examples might include: Umbrella Corp (Resident Evil), the Brotherhood of Steel (Fallout), the Galactic Empire (Star Wars), the United Federation of Planets (Star Trek), Gringot’s Bank (Harry Potter), House Lannister (Game of Thrones), the Thieves’ Guild or the History Monks (Discworld), the Azlant Empire (Golarion, Pathfinder), Panam (The Hunger Games) or the Kingdom of Rohan (Lord of the Rings).

What details do I include?:

As part of your submitted article, you must answer the following questions:

These are the same every month. 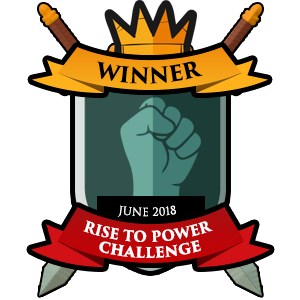 Some positive critiques of entries, as well as the winners and highly commended entries, will be announced on the World Anvil weekly Twitch (Saturdays at 20:00 GMT) in July. Highly commended and winning entries will be shared over Twitter during July.

The Sisterhood of Edda

Kingdom of the Evergreens

Garden keepers of the Arken Tower

Remia Academy of the Arcane

The city block goverment of Humans

The Brotherhood of the Null

The Kingdom of Rulan

Church of the Dying Grace