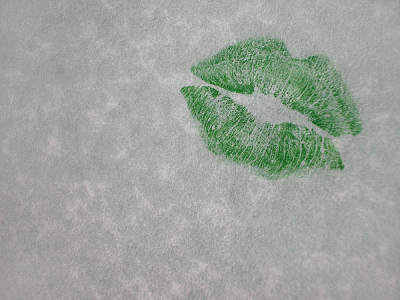 Introduction The Hotwife The Romantic A Woman Worthy of Marriage

In the world of The Web

We all have events that come to define us. Some of the more thoughtful among us can determine the exact moment when who they are now sprung forth into the world. To be born anew is no small thing. It sticks with you forever after.

I want to tell of such a moment. My moment. This defining moment in my earlier years led me to where I am. It didn't end my way, nor did anything come of it, but despite the copious amounts of Jack Daniels, I remember it vividly. Let me give a little background.

I was 19, she was 20. We were born one year and a day apart, October kids. We always joked about how we were Libra-Bros. The most interesting thing is how similar we were. We were damn near the same person. We liked the same things. We made the same jokes, sometimes at the exact same time. We loved the same music. We loved the same booze. We talked the same. Lived the same way. We even had the same philosophy on life, the universe, and everything.

We first met in high school. I asked her out and was rejected.  I was disappointed, sure, but oddly enough it didn't stop our friendship. We grew closer, and then drifted apart after graduation. Our lives went in different directions. It does that. Flashforward a few years and we reconnected. We shared our party phase together, all leading to this one night.

I recently went through a breakup. No marrying the high school sweetheart for this guy. The break up was rough. Depression hit, low self confidence, the works. I worked my ass off at a meat packing plant, which only seemed to make things worse. Then she'd come over and it'd be better for a time.

I was always a bigger guy, something I keep saying in these sexual musings, but this was a time when that meant so much more. I grew up feeling that just being chubby meant you were hideous as a man.
Kitty though…This girl was stunning. She was slender, but curvy. She had an hourglass figure and straight, red hair that cascaded over her angular face to her shoulders. Her lips were thin, but full, with a smile that went nicely with her brown eyes. She was shorter, about 5'6, with a deeper voice than you'd expect. The years of parties and cigarettes were taking their toll and it gave her this aura of experience that few women have at that age. I still believe she was out of league.

She came over, we hung out, and I got a wild hair to ask her out again after all these years. She said yes. I looked at her, confused, and she simply nodded. She said she regretted not taking me on my offer back then, but was happy to give it a shot. We talked for a bit, mainly about relationships. I was still so shocked.  I was fat. How could she want me? Surely it was the alcohol.

We stumbled to my room, and laid on my bed. She was so close, every curve lined up just right to make contact. If she even slightly adjusted her lower half, her ass would brush against me and I tried desperately to not be aroused by it. Shed push into me in subtle, seemingly innocent ways.

Eventually, we got to talking. A kiss was shared. This was a night I learned many things. First of which was the feel of new lips on mine. Her mouth was smaller, and her way of kissing consisted of light, intimate pecks as our lips collided and then retracted, so we could gaze into each others eyes, despite the darkness.

It wasn't the full-on make-out session I was used to. I was used to lips connecting and never separating until it was just the right time. This was less about passion, and more about the tension. Her eyes would gaze up at me, longing for more. She put her hand on the back of my head and pulled me back down for another kiss, and the cycle continued.

My hands felt everything they could. During and in between each kiss, I'd grab her ass and give a little lift so that, as her hips rose to meet me, our bodies could merge perfectly. I'd reach up her shirt and lightly tug at the bra containing small but firm breasts. She let out a contented sigh and I worked to help her take the shirt off, then the bra. My shirt came next, then our pants.


By the time we were fully unclothed, it had been almost an hour. She reached up and rested her hands on my shoulders. That simple act shot fire through me. The tension was so strong, it felt like we were already in the thick of it.

That first dive, though... It was sweet like honey. As I slowly entered her and the music of her moaning reached my ears, I resigned myself to the fact that I could die happy having experienced it.  I wanted her for so long and there I was, in the most intimate experience that I could share with her. Good things do come to those who wait.

I began thrusting, each as violent as the last. I was younger then, and didn't know what to aim for or really even how to properly please a woman. She didn't seem to mind.  Her face twisted into the many paintings of sexual satisfaction you'd expect. Her moans were something special. She was loud, and she didn't care.  My roommates could hear it, and it was almost like she wanted them to.

I stopped and flipped her over. She raised herself up and welcomed me as I felt her from within. She was screaming at this point, and it seemed genuine. With every push and pull shed let out this ecstatic chirp and wail.

I eventually laid down and she got on top. The look she gave and she lifted herself up the shaft and back down was that of sheer joy. She wanted me to feel as good as she did, if not better.

The sex is not why I want this story told. What I want to say is what it taught me. Before this experience I was a mess. I was broken by the women who came before. It was Kitty that taught me the most important lessons of sexuality.

By all accounts I was an individual who should not have been able to get her in my bed, alcohol or otherwise. My weight and general awkward nature forbids it, and yet it definitely did happen. It was at this moment that I realized no matter what I look like, or who I was, I could score a ten, and she could genuinely be interested in me. It taught me that not only could I move on, but I could find better than those who I had settled for previously.

It taught me that being a bigger person or a smaller person does not relate whatsoever to whether or not you are attractive. That simple thing open my mind and would serve to define and build who I became...